Sick of fake news? Here's five tips on how to spot it online.

A growing number of websites are espousing misinformation or flat-out lies, raising concerns that falsehoods are going viral over social media without any mechanism to separate fact from fiction. And there is a legitimate fear that some readers can't tell the difference. A study released by Stanford University found that 82 percent of middle schoolers couldn't spot authentic news sources from ads labeled as "sponsored content."

The disconnect between true and false has been a boon for companies trying to turn a quick profit.
There are more of these sites now because there's an awareness that people can create fake news sites and make money from the ads. A few years ago, we were mostly dealing with people who were misinformed, but not malicious.

The rise of scammers has ensnared two of the world's largest internet companies, Facebook and Google, in controversy over their role in giving fake news such an influential platform.

Here are some tips on how to spot fake news:

Posted by iesAdvisors at 8:56 AM No comments:

Forget old school alarm systems! This drone security system is sure to protect your valuables!

A new startup wants to turn drones into guardian angels for our homes.

Sunflower Labs - with headquarters in Silicon Valley and Zurich, Switzerland - announced a new security system on Thursday that detects possible threats and investigates them with a drone.

The drone streams video to your smartphone, so you can see and decide if your home is at risk or not.

Sunflower Labs, which is now accepting participant applications, will start beta tests in mid-2017. The startup sees itself as a complement to traditional alarms.

Here's how it works: The Sunflower Home Awareness System relies on the drone and a handful of in-ground smart lights to watch over your house. It detects motion, vibration and sound. By analyzing this data, the system can distinguish between a human, a car and animals. To do so, it uses artificial intelligence to identify the disturbance and determine if it's potentially dangerous. For example, trusted visitors such as mail delivery persons will be recognized by how they approach the home and how long they stand at the front door.

When a person approaches and lingers outside the back door, Sunflower Labs will send a push notification to your smartphone and ask if you'd like to investigate.

If you say yes, the drone will lift off from its perch - on a balcony, deck or patio - and fly to where the suspicious person is located. The drone hovers 30 feet above the visitor until you tell it to return to its nest. The app includes an option for a home owner to notify local police.

False alarms are a common problem for home alarm systems. CEO Alex Pachikov expects sending the drone to investigate before calling the police will solve this issue. The system also has the benefit of keeping an eye on all of your property. Most alarm systems are set up to guard only the entries and exits to a home.

The propellers automatically shut off if they hit anything and are designed to be quiet due to its broad size.

The drone currently weighs almost two pounds, but the company wants to get it down to half a pound before it ships. It also features two cameras and only collects footage of a home owner's property to protect neighbors' privacy.

The price to use the system is unclear as of now, but the lights are expected to cost $159 each. Meanwhile, the drone can be rented for a fee, comparable to what traditional alarm systems cost.
Posted by iesAdvisors at 9:05 AM No comments:

Our new IESinc.blog has officially launched!

Who likes a lengthy website address? Certainly not us....we have enough information to remember!

As of today, we have officially launched the IESinc.blog website. Simply type www.iesinc.blog or iesinc.blog into your web browser and you will be sent to the main page of our blog.

We made the change because it's much easier for all our readers. Not only that, but it's more secure. From now on, all the blog posts you see on social media will begin with the URL iesinc.blog.
Posted by Tom Cheever at 9:08 AM No comments:

Hungry? Look up in the sky - there could be a pizza over your head right now!

You can call it pie in the sky, but pizza delivery is now a real thing -- at least in the Land Down Under.

Domino's Pizza Enterprises said Wednesday it had completed what it called the world's first delivery of a pizza to a customer in New Zealand. Under the watch of a team of drone experts, the unmanned aerial vehicle used GPS navigation to autonomously deliver Peri-Peri Chicken and Chicken and Cranberry pizzas to a backyard in Whangaparaoa, about 20 miles north of Auckland.

Drones have grown in popularity among big retailers such as Amazon and Walmart, which are continually looking for new ways to get a jump on the competition and attract customers. The small, commercial aerial drones could avoid the delays of terrestrial deliveries by flying above traffic and avoiding circuitous roadways.

"They can avoid traffic congestion and traffic lights, and safely reduce the delivery time and distance by traveling directly to customers' homes," Domino's Group CEO Don Meij said in a statement. "This is the future."

Domino's plans to use the information gathered from these flights to expand the service to Australia, Belgium, France, The Netherlands, Japan and Germany.
Posted by iesAdvisors at 12:48 PM No comments: 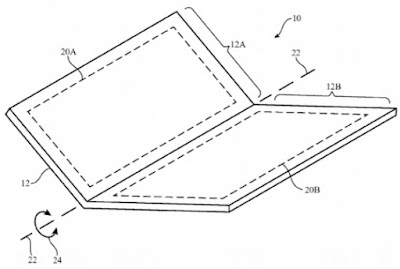 Posted by iesAdvisors at 9:22 AM No comments: